Where does the idea for my Polo shirt come from? 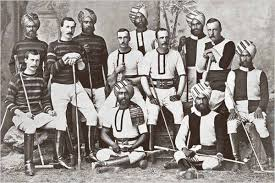 We all like a good Polo shirt. They are one of the most versatile and stable parts of a men’s wardrobe. However, where did the style come from? The Polo shirt is a variation on the ones worn by Polo players in the game Polo. This is an ancient game with interesting origins. If you’ve never seen it it features two teams on horseback attempting to steer a hard compound rubber ball between two goal posts using long wooden mallets. It’s testament to the skill and horsemanship of the players that someone actually breeches the thing at all. It’s also a testament to the horses for putting up with it. Unless you are very rich and raised in the saddle it’s unlikely you’ll ever play it so you may as well get some Mens Ralph Lauren Polo Knitware so you at least look the part. 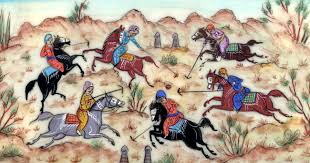 The game is one of the oldest in the world. It dates back to the sixth century where it was first played by Iranian Nomadic tribes. There is some suggestion that it was developed as a way of practicing military skills and horse skill.It soon became the game of the upper classes with Princes and Princesses expected to learn to play it. This carried on into the Middle ages. The great leader of the Muslim Forces, Saladin was said to be a big fan and a pretty handy player as well.

The modern game comes from India. Basically it was developed by people who thought that Hockey was a bit dull and the only way that they could living it up was to play the game on horseback instead. It was so popular it was even played by the commoners who owned a pony.