Are Robots everything we imagined? 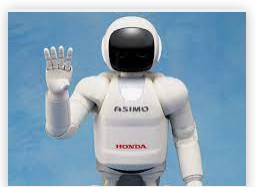 Robbie the Robot in Forbidden Planet, K9 in Doctor Who, C3PO and R2-D2. These are all science fiction imagings of Robots. They are loyal and emotionally packed characters. This continues into the modern era with two new famous Star Wars additions,  BB8 and K-2SO. When these characters were introduced in the 1960s and 70s, it was predicted that they would be the new servants of humans. Everyone would have a robot in the home, saving them hours of housework. That might be true, but you certainly wouldn’t want one like in the film I, Robot. 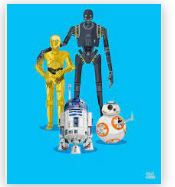 Robots are still not as advanced as these examples, but they still perform vital functions for us. Bristol Robotics at https://hotrobotics.co.uk/facilities/university-of-bristol/ features a host of examples. Robotics is still very much about manufacturing, but now it has moved into the world of drones and tracked remote vehicles. 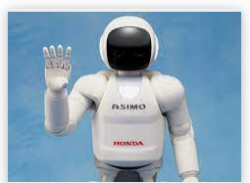 There is one exception to these examples. Honda has spent decades developing a “proper” robot and that has come in the shape of ASIMO. Named after the writer Isaac Asimov, the creator of the five laws of robotics, ASIMO was controlled by the equivalent of 27 desktop computers. It could dance, play football, run, walk upstairs, serve drinks and recognise your face pattern (for up to 18 months), and introduce itself to you. ASIMO was the closest thing that we had to a robot like the fictional ones. However, Honda has recently announced the end of the program, but they will use the technological discoveries they have learned from the robot.