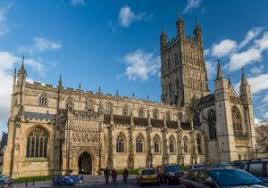 Built around 628 to 629 AD Gloucester Cathedral is one of the most remarkable buildings ever constructed. It is a testament to the belief in the glory of God that people held in at the time. It would have dominated the skyline for miles and miles, which it still manages to do today. It has become a major visitor attraction to the city, especially as it was, in part, some of the inspiration for JK Rowling’s Hogwarts. It has even featured in the Harry Potter films as a location for Hogwarts with it’s famous Cloisters. 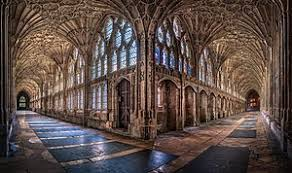 The Cathedral is one of the many reasons the residents of Park Homes Gloucester enjoy living in the area. This majestic medieval construction is the final resting place of a King and many lords and ladies. The Cathedral has been added to over the centuries to the glorious gothic edifice it is today. Let’s have a look at its highlights.

Firstly, the famous cinematic Cloisters are an oasis of peace and tranquility amongst the cities hustle and bustle. Then there is the main hall. It features huge tall columns that support the roof. There are the tombs of King Edward the second and the King Osric of Hwicce. Ancient Kings at peace but also illustrating the power and prestige the area once held when it was Wessex.

The main breathtaking moment is the huge stained glass window, the same size as a Tennis court, behind the main altar. A wondrous sight full of religious iconography and symbolism.